Positioning Your Creative for Success: Which Ad Lengths and Pod Durations Work Best?

The TVision Analytics Team is constantly exploring new insights into how people really watch TV and pay attention to ads. One of the most frequent questions our clients ask about is how an ad’s pod position impacts its ability to grab attention. We were excited to tackle this topic in the first of our three-part Creative Attention series geared towards helping all marketers set their creatives up for success.

As Matt Strickland mentioned in his previous blog post, our data overwhelmingly shows that the first ad position in a commercial break captures the highest attention overall, despite prevailing assumptions that the last position is equally effective at engaging viewers. But we didn’t stop there when conducting our analysis. We not only wanted to look at which pod positions perform best, but also dive deeper into all aspects of how pod attributes impact how a specific creative captures attention. For instance, is there an ideal pod length for maximizing ad attention? And how does the length of the ad itself impact viewer attention?

The answers to these questions and more are available in our new report, How An Ad’s Pod Position Impacts Attention to Creative. Download the report for a deeper look, or continue reading for a sneak peek of some takeaways.

The Shorter the Pod, the Higher the Ad Attention

Our analysis found that shorter breaks (90 seconds or less) secure the highest levels of Attention across both linear and CTV. Meanwhile, ad breaks that last more than five minutes typically see the lowest levels of Attention for each ad length. This decrease in Attention over longer periods of ad time is consistent with what we see on the Analytics team when we look at programming lengths. After all, longer ad breaks and programs both introduce more opportunities for the viewer to take their eyes off the screen. 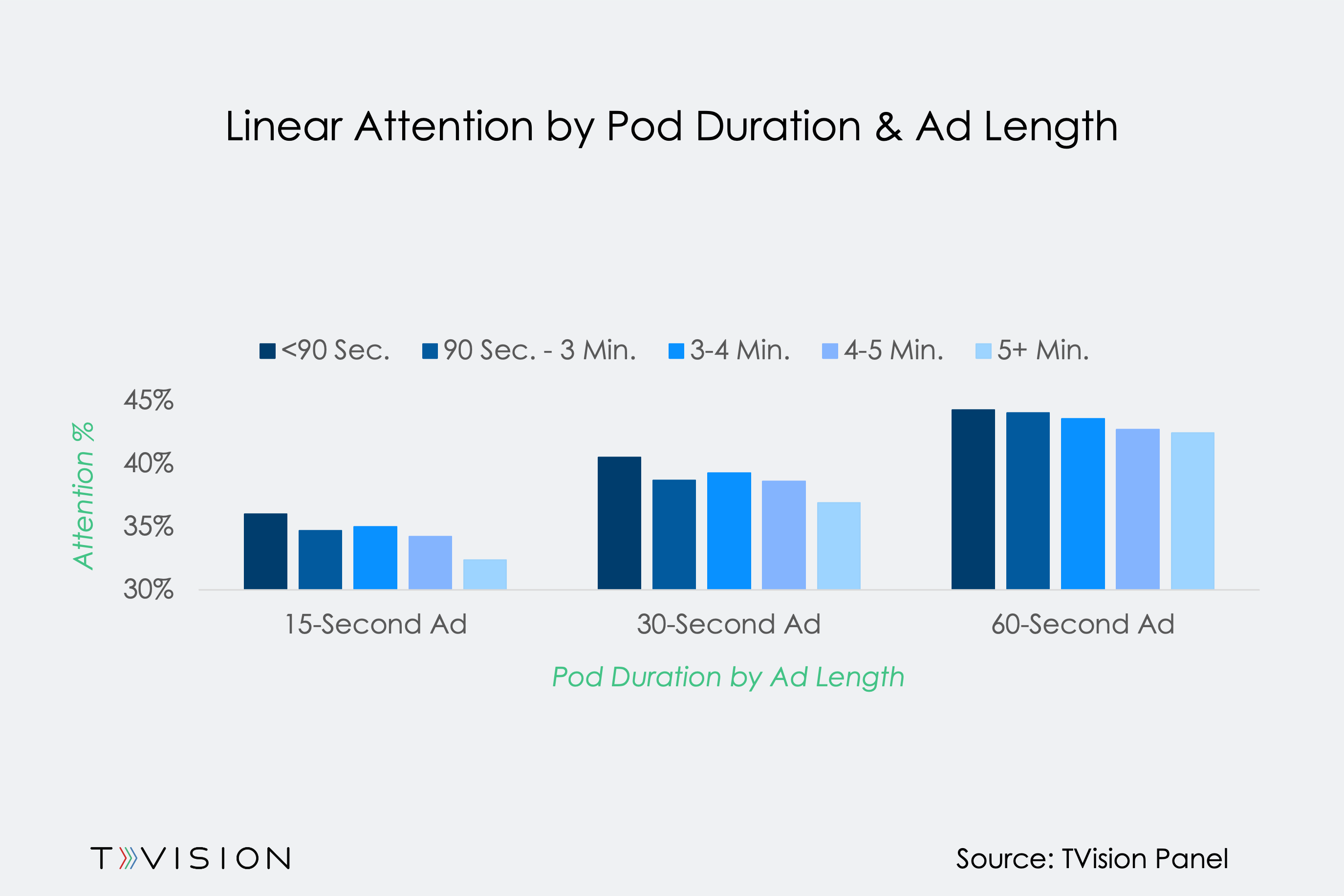 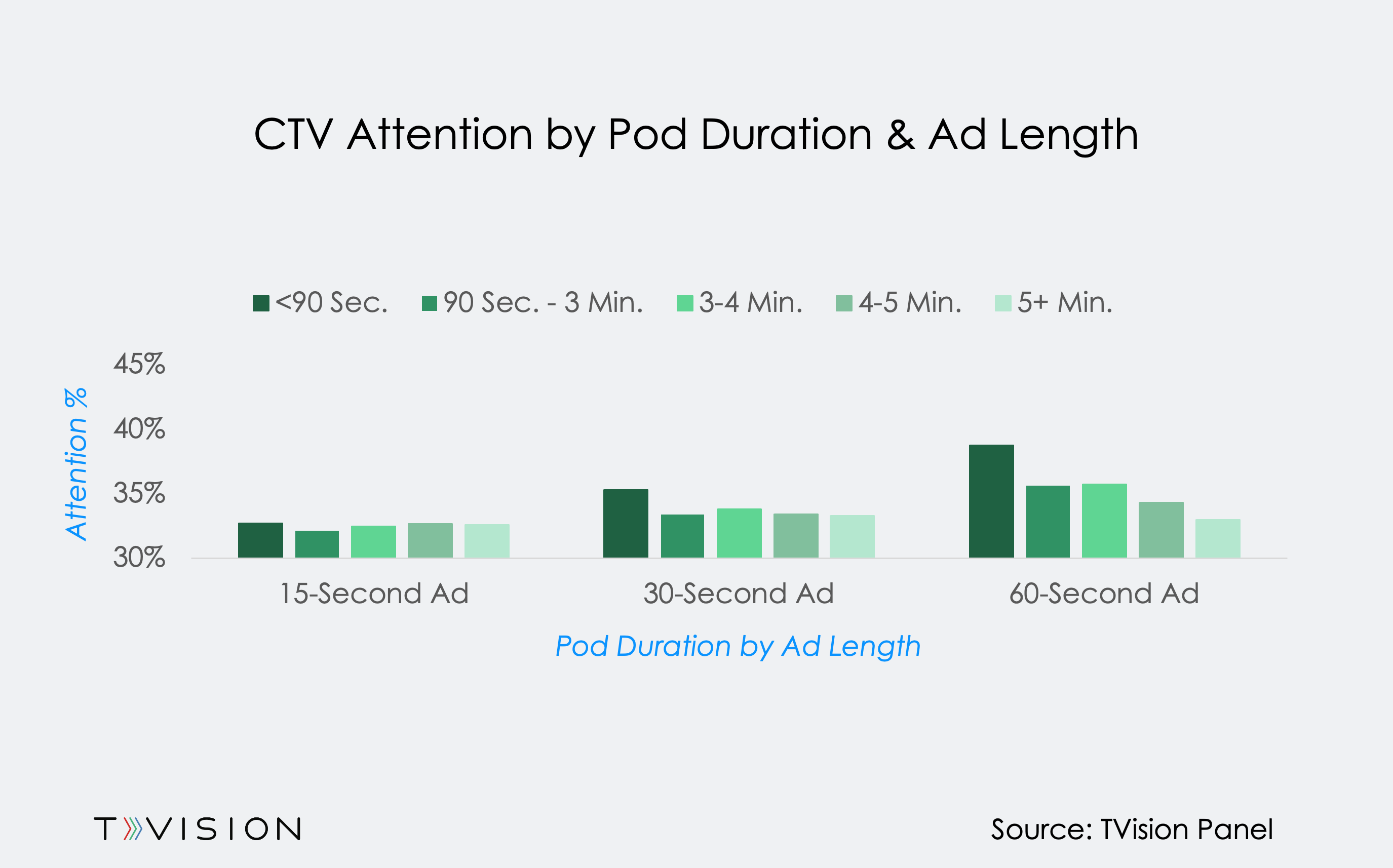 You may notice that 60-Second Ads generally receive a higher percent of attention – but keep in mind that the longer the ad is on the screen, the greater chance it has of reaching our benchmark for being an attentive impression.

This brings us to our next section.

Traditionally, longer ads have given marketers a greater opportunity to engage their audience. But just because an ad is on the screen for longer does not necessarily mean it’s delivering more attention time proportional to the ad’s length. So we took a closer look at how many seconds of attention are actually paid across pod positions. 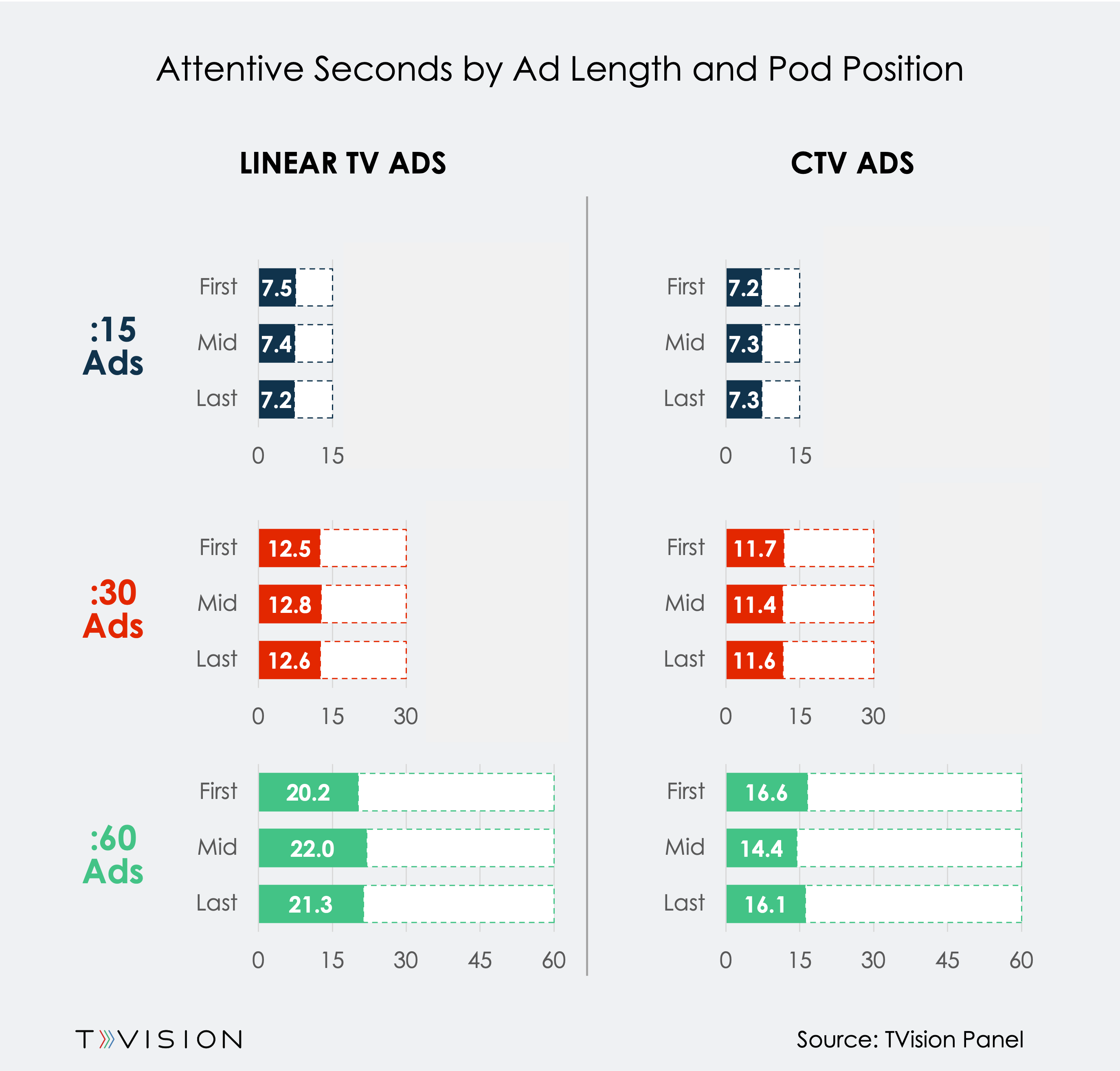 Notice that that attentive time does not vary that significantly across pod positions in the above chart. It’s likely that after an advertiser captures viewer attention, it is the quality of the ad itself, and not pod position that will determine its impact. That said, viewers spent more attentive seconds watching 60-second ads than for both linear and CTV, but when factoring in total run time, this may not be the best bargain. While they watched nearly half of the 15-second ads, they only watched a third or less of the 60-second ads. Assuming every second of ad time is priced equally, shorter ads may provide better ROI as they deliver more attention for your dollar.

Here are a few quick suggestions for how to make the most of your pod placements:

Want to learn more about how an ad’s pod position impacts Attention to creative? These insights and more are available in TVision's full Pod Position Report. You can also check out the two other installments in our Creative Attention Series on Contextual Relevancy—specifically, How Humor, Programming, and Celebrity Endorsements Engage Audiences or Finding the Best Frequency for Ad Attention 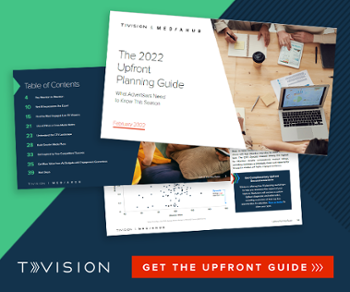 insights
How the Largest Advertisers Captured Attention: May - July 2022
TVision takes a look at the Viewability and Attention scores of the largest TV and CTV advertisers across the Beverages, Auto, Banking and Credit Cards, and Pet Care industries to understand which advertisers are best maximizing the value of their campaigns.
Read More
insights
The TV Shows and Apps that Delivered Ad Attention in July 2022
TVision reveals the top Broadcast and Cable Primetime shows and CTV Aps for Ad Attention in July 2022.
Read More
insights
The CTV Shows That Engaged Audiences in July 2022
TVision reveals the top CTV shows for viewer engagement in July 2022, including the shows that captured audience attention, share of time spent, co-viewing and bingeing.
Read More
Or try these: Geico, Amazon, Progressive, State Farm, T-Mobile