Some 60% of TV households that subscribe to Disney+ so far have three or more people and are “families,” according to early November research from TVision, a technology company that measures viewers' eye movements on TV screens.

Some analysts may point to the new "Star Wars"-theme series “The Mandalorian” as a major reason. 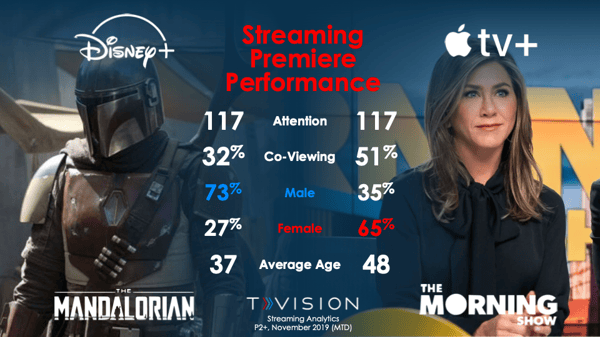 TVision’s research comes from 5,000 TV homes comprising about 13,000 people. It was conducted over the time period from Nov. 1 through Nov. 18.

Read the full article in MediaPost.