If you follow our blog and social channels, you know that, for us, attention is everything. After all, attention is what drives brand awareness, which ignites interest among potential customers—which then ideally leads to purchases and ongoing customer loyalty. If you can capture attention, as it goes, you can potentially capture a customer.

So in this environment, standing out from the pack is crucial. But in terms of TV audiences, not all of the available placements give you the same level of attentive viewers. To get the most value for your messaging, you’ll want to know which major broadcast and cable programming, and their respective networks, deliver the most attentive audiences.

Let’s look at the attention data from Q3 to get a better picture. Looking to revisit last quarter’s data? Check out the post from Q2 here.

In Q3 2018, the most-engaging primetime programs on broadcast networks were: 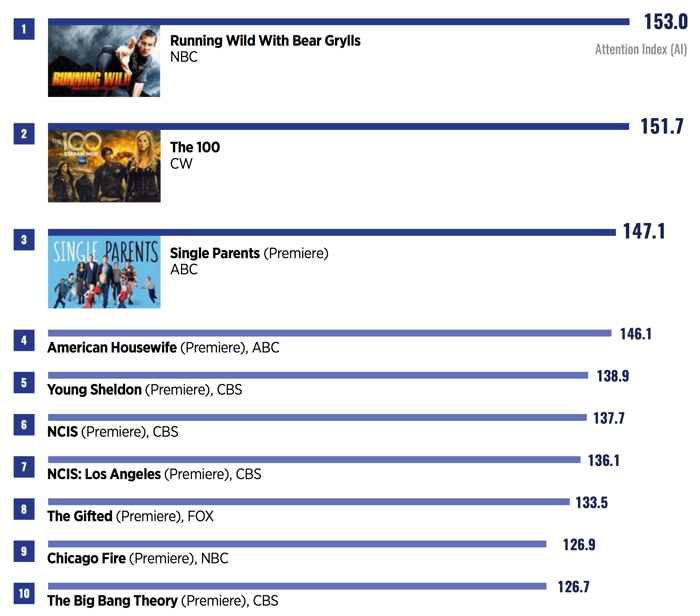 As a general rule, summer tends to be a quieter period for broadcast networks, as many viewers spend time outdoors and away from their TVs. As such, networks tend to schedule reruns and/or game shows to address this diminished audience. However, during the last week of September 2018, many broadcast networks launched season premieres for scripted comedies and dramas.

The CW’s program “The 100” had been scheduled to launch earlier in the year, but premiered in July and got great attention stats, coming in second overall for Q3 in this category, just barely being edged out by NBC’s “Running Wild With Bear Grylis.” Comedies in particular also had a strong showing, especially ABC’s “Single Parents”, ABC’s “American Housewife”, and CBS’s “Young Sheldon." 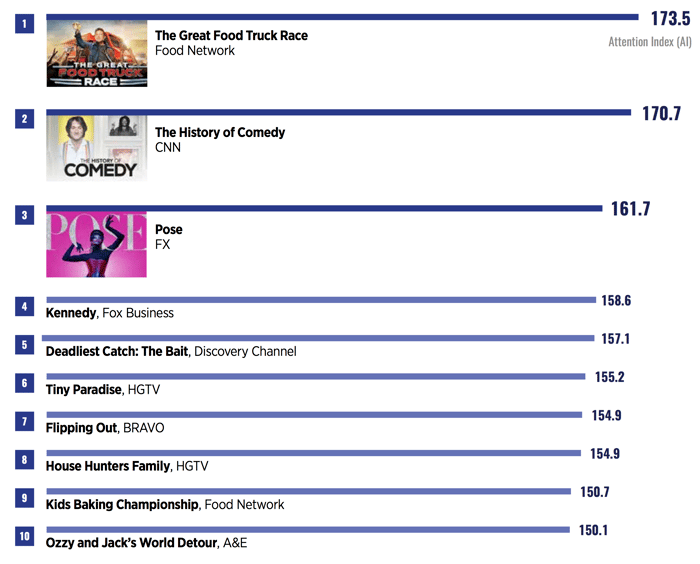 Thanks to niche programming focusing on food, reality, and history—to name just a few— top cable shows captured more viewer attention compared to top broadcast programs. Across the top attention getters, we also see a variety of networks—no fewer than eight—placing in the top 10. For Q3 overall, however, “The Great Food Truck Race” on Food Network came in first for viewer attention.

Finally, let’s look at which broadcast networks performed the best for overall attention this quarter: 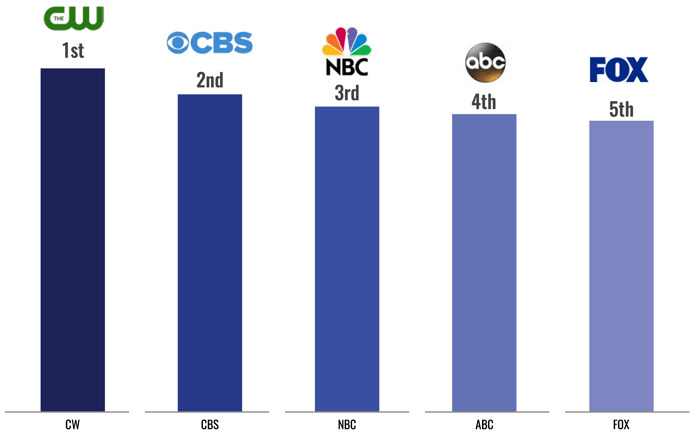 Building on the success of the aforementioned “The 100”, The CW is the big story here, as it went from last to first from Q2 to Q3, 2018. Other major contributors to the network’s rapt audience included “Penn & Teller: Fool Us” and “Whose Line Is It Anyway?” With many of the other larger networks like CBS, NBC, ABC, and FOX having their most popular shows returning later in the year, we’re actively tracking to see how these network standings will shift in the weeks to come.

Which programming will capture the most viewer attention next quarter? Check back here for updates or sign up for our newsletter to learn more!