All the Winners from Super Bowl LVI

The Rams and the Bengals put on quite a game, but the other shows within the show - the Halftime and the ads -  had people glued to their seats (if they weren't dancing in front of the TV). Also notable, breaking tradition from years past, CTV TV gave linear TV some real competition for viewers.

Below are a few highlights from TVision's analysis of viewer attention to the Big Game. Tune in to our Super Bowl Recap webinar on Thursday, February 17 at noon ET for a full look at how the $6 million ads engaged audiences and how viewers watched the game (on streaming or linear).

How did viewers watch the game?

As people are increasingly shifting to CTV it's not a surprise to see that viewers are choosing to stream the Big Game on CTV as well. Whether they tuned in on a vMVPD, Peacock, YouTube TV, Hulu Live, or other service, viewers watched on CTV in record numbers. In fact, CTV viewing of the Super Bowl was up 64% from last year. 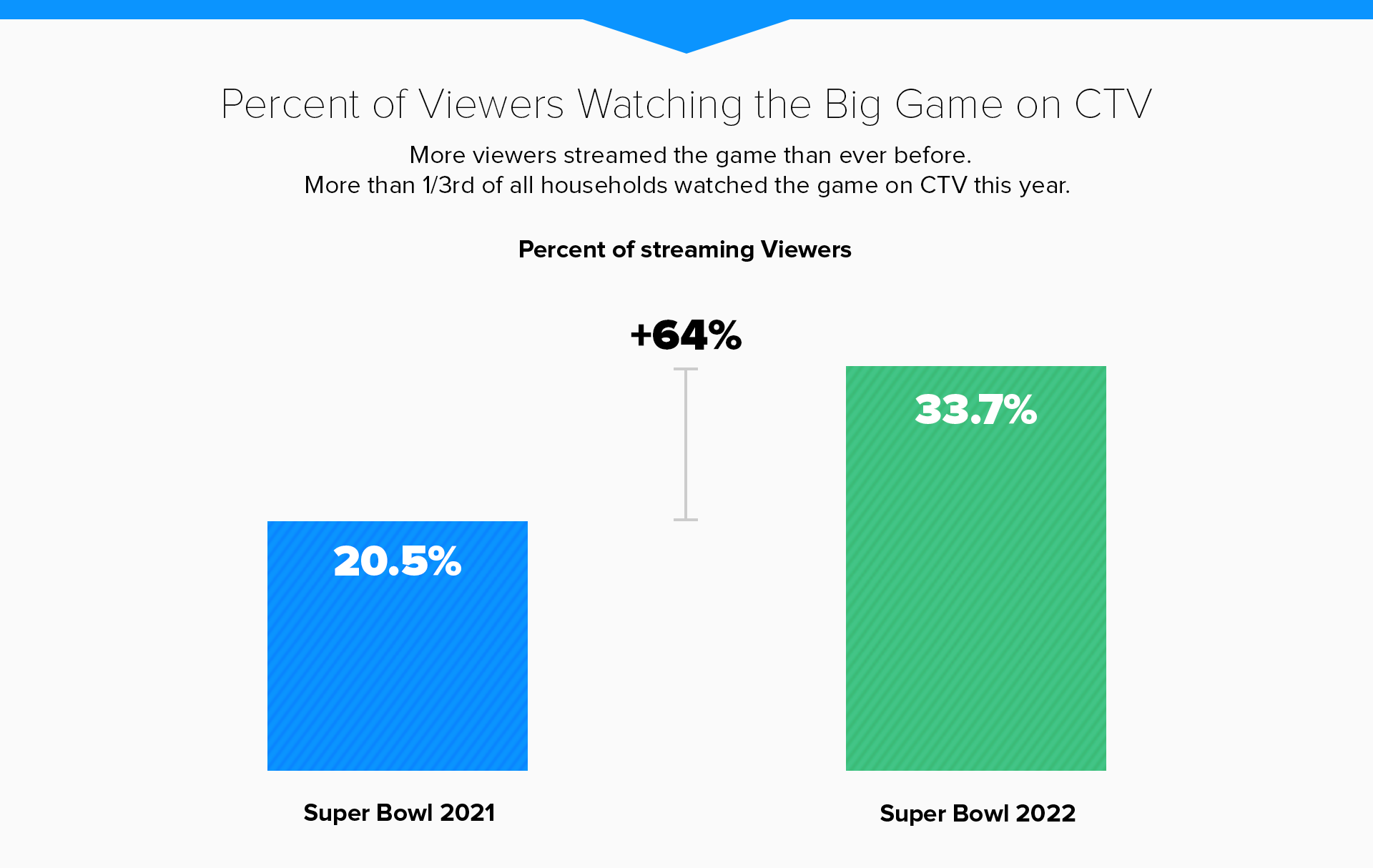 Who watched the game?

The Ads that Captured Attention Best

Two themes that dominated the Super Bowl ads this year - throwback movies and TV shows (Verizon - "The Cable Guy"), and cryptocurrency (Crypto.com - Lebron James) - were represented in our list of ads that captured attention best. Wallbox (Super-charges Seth), Disney+ (The GOAT) and the NFL (Live Ball) also make our list. TVision's Creative Attention Score measures how an ad broke through to capture attention compared to other ads within the same pod. 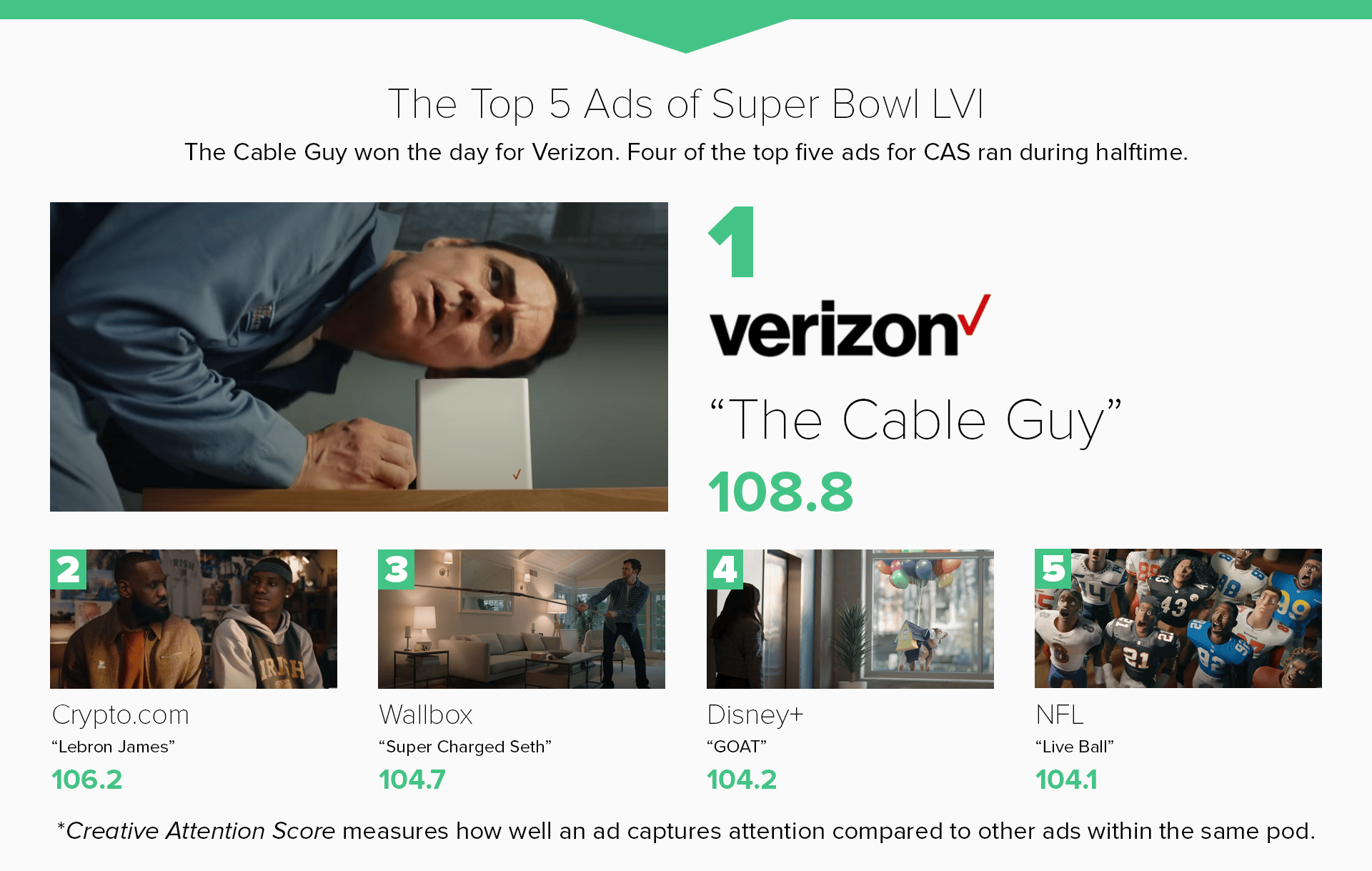 Remember to register for our Super Bowl Recap webinar on Thursday, February 17 at noon ET for a complete look at how viewers engaged with the game and ads.

Not mentioned in the Top 5 and want to see where your brand ranked? Interested in learning more about streaming measurement? Contact us.