Top Brands By Industry: Who’s Winning in Each Category?

In the battle for brand TV performance, you cannot ignore engagement like Viewability and Attention specifically. And as you may already know, these vary by many factors, including industry. But regardless of the type of product or brand, understanding the top brands is key to understanding performance.

Which brand advertisers target their spends for the biggest results? We wanted to know. So we got to work using our second-by-second, person-level data to find each industry's champions of Ad Viewability and Attention from the first half of 2019. Let’s take a closer look at some of the verticals in question.

As with many other verticals, CPG brands often saw a discrepancy between a brand’s Ad Viewability and Attention. One of the biggest gaps here was in the food & beverage vertical, with San Pellegrino delivering sky-high Viewability at 77.5%, but relatively low Attention at 40.7% -- lower than Sargento, CLIF, Daisy, and Toffifay. 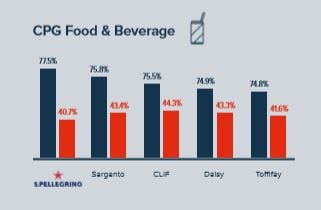 Telecom brands were at the top of the heap in Ad Viewability; the champ of all verticals was T-Mobile, with a robust 79.4% rating. Interestingly, chief competitors Verizon and AT&T didn’t even appear within the top 5 of our analysis. 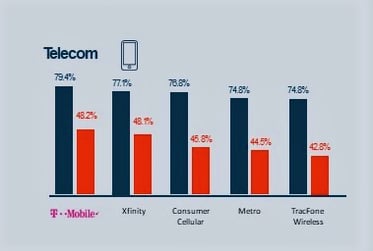 Consumer tech brand leaders offered few surprises, with Apple and Microsoft neck-and-neck for Viewability at 76.6%. Facebook followed, ahead of Samsung and Amazon, but intriguingly, had the lowest Attention at 44.1%.

The direct-to-consumer brand battle had a winner in Stitch Fix, whose Viewability was solidly ahead of Ring, Wayfair, ThirdLove and Ancestry.com at 75.6% Viewability and 45.3% Attention. Interestingly, home-related brands (fashion, decor and security) dominated the top here while Ancestry.com held strong in the ratings. 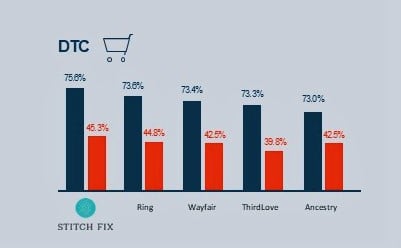 Name-brand restaurant chains took the top 5 in the restaurant vertical, with Starbucks solidly ahead of the rest at 75.9% Viewability and 43.4% Attention. Panera Bread, Chili’s, McDonald’s, and Little Caesars followed at similar rates, with second-ranked Panera featuring the lowest Attention of the top 5. 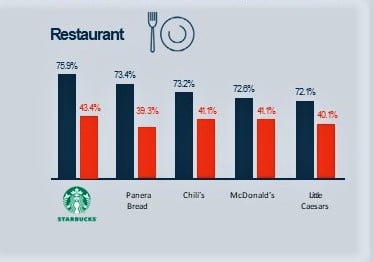 The champs of the travel vertical revealed an interesting mix of airline brands, destinations, hotels and more. Comfort Inn was the heavyweight in this vertical, winning at both Viewability (77.6%) and Attention (46.2%). Destinations like SanDiego.org and Universal Orlando also performed strongly.

Discover more about these and other verticals by downloading our H1 2019 TV Performance Report. And let’s talk about how our insights can deliver practical, actionable solutions to grow your brand presence and success. 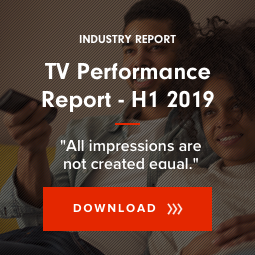 news
TVision is Honored in Built In Boston’s Prestigious Best Small Companies to Work For In 2020 List
We are honored to be included on Built In Boston’s list as a top company to work for in 2020.
Read More
insights
December: Top Shows, Brands, and Ads
In December, CBS's 48 Hours took the top Broadcast spot. On cable, HGTV took 4 of the top 5 shows, with House Hunters International at the top of the list.
Read More
Business Insider: Here are the 18 hottest adtech companies of 2019
TVision is one of Business Insider's 18 hottest adtech companies of 2019!
Read More