CTV, or Connected TV, is a growing force. As more and more people migrate to smart TVs and personal devices, advertisers are migrating right along with them. As a result, ad budgets are divided between linear TV campaigns and CTV campaigns. So which provides the better value for advertisers? It’s hard to say, because the delivery systems, methods of consumption, relative audience sizes, and levels of audience engagement are completely different. Meaningful comparisons of ROI between traditional, linear TV advertising and the CTV's walled garden advertising aren’t possible with legacy ratings systems. And without those meaningful comparisons, questions abound. To help, we’ve compiled answers to some of marketers’ most pressing questions about CTV measurement vs. linear TV measurement:

First of all, what exactly are ‘walled gardens’?

To fully appreciate the ‘walled garden’ analogy, start by imagining its metaphorical opposite: a vast public green. That’s linear TV. It’s the universal gathering place for the traditional networks. They’re all operating in pretty much the same way, and everyone can see what everyone else is doing — including who is drawing the largest crowds of viewers.

Now imagine that across the road from that vast public green is another large area that is divided into private lots. These lots are all separated by high stone walls covered in ivy. They have security guards at the gate to confiscate your cell phone as you enter and search your bag as you leave. Those are the CTV walled gardens. You can get in, but you can’t take your version of the data out. That means you can’t tell what’s going on inside, or how many people are there to see it. But word on the street is that these smaller, exclusive gatherings provide a great, maybe better, experience than opportunities across the road at the vast public green. And that, of course, makes the CTV walled gardens like Hulu and Roku a high-value target for advertisers.

So do CTV walled gardens offer advertisers a better value than linear TV?

Not necessarily. Just because CTV is a high-value target doesn’t automatically make it a better value. Since ROI is a measure of return relative to investment, it depends on how much you’re paying. It is possible that a high-quality linear TV program may deliver a higher ROI than a similar CTV program. It will depend on what you pay, what you’re selling and the demographics of the audience you’re trying to reach.

To further complicate things, those comparisons are hard to make. As I alluded to above, part of what makes walled gardens walled is that many of them use proprietary metrics for their own apps, which they self-report. Basically, their audience numbers are whatever they say they are, as opposed to linear TV, which uses long-standing, third-party ratings for comparisons.

Even if the walled gardens were inclined to go along with that idea, which they aren’t, it simply isn’t practical. Some of the reasons for this are technical. But the real impediment to apples-to-apples comparisons between CTV and linear TV is that CTV providers aren’t selling apples — they’re selling oranges. So the goal isn’t to treat the two experiences as if they’re the same, it’s to figure out a fair rate of exchange between linear TV’s apples and CTV’s oranges — like you would with two different forms of currency when traveling from one country to another.

Kendra Clark wrote a detailed article in The Drum that does a good job of breaking down the challenges of comparing CTV with linear. It includes this concise summary from Eric Sherman, Executive Vice President of Insights and Analytics at GSTV:

“Traditional TV audience measurement methodologies, like Nielsen’s panel-based approach for linear TV, were designed for large audiences watching a relatively small universe of content in a world in which the content on the screen was a good indicator of the ad being served. In a sprawling, addressable, and highly-dynamic CTV ecosystem, that approach doesn’t give advertisers the insight they need into campaign performance.”

From a media planner’s perspective, is there any high-level guidance for how viewers are distributed across the overall linear and CTV landscape?

Yes, TVision provides that level of insight in our platform. In addition to reporting on linear TV, we also provide insights like share of time spent, household reach, and co-viewing for CTV platforms and content.

We know that almost 85% of all households have access to CTV, and streaming content now accounts for 20% of all viewing. Over the last year, we saw time spent with AVOD and SVOD apps increase 200% and 100% respectively, and time spent with linear TV drop by 13% - not surprising given nearly seven million Americans cut the cord in 2020 alone. Note, the scale of CTV viewing is still much smaller than linear - it is easier to make significant gains off of a smaller base than a large one. But nevertheless, CTV’s rapid growth is indicative of coming change - in fact, it’s expected that within three to five years, CTV will comprise more than half of all television viewing. So while the exact percentages of each may change from day to day, it’s safe to say that CTV is closing fast on linear TV and will eventually blow past it.

Is there a way to compare relative viewer engagement between linear TV and CTV platforms?

Viewer engagement isn’t a challenge that is unique to either linear or CTV. After all, just because a TV is on doesn’t mean someone is watching it. What if viewers are looking at their phones instead of the TV? What if they fall asleep binge-watching their favorite show? And if you’re fortunate enough to draw their attention with your ad, how closely do they watch? Can you actually tell when they’re most engaged?

Those are the questions we kept in mind when developing TVision’s CTV planning tool - which reports on both linear and CTV ad engagement. We’re reporting how closely viewers were paying attention, second-by-second, as they watched both linear TV and CTV programming and advertising. After all, a successful plan won’t just factor how many people a platform ‘reaches,’ it will also factor in whether viewers are actually paying attention to the ads.

That said, don’t forget the impact of great (or poor) creative. You could pay top dollar, for example, to place an ad in the most riveting content imaginable, but if your creative stinks, your ROI will still suffer. Conversely, you could have the best ad ever made, but if you run it during programming that doesn’t have a high level of viewer engagement, it could be the proverbial tree falling in the forest with no one there to hear it. Or see it.

Feeling overwhelmed about how to develop the most effective CTV strategy? Don’t be.

At TVision, we can help you effectively navigate CTV walled gardens with independent insights that shed light on both relative levels of CTV audience size and viewer engagement. We gather data the same way for both linear and CTV which gives marketers a this-many-apples-equals-that-many-oranges-type of comparison.

Our platform is comprehensive. Our ‘tagless’ solution provides insight into 130 channels, 16,000 hours of CTV content, and more than 75,000 ads. And I can’t emphasize this strongly enough: TVision measures TV and CTV Ad Attention for every second of programming and advertising. Every time a person walks into the room, our technology detects who the viewer is, where they are in the room, and if their eyes are looking at the TV. We do all this without personally identifying individual viewers, and without transmitting any images or videos, because we’re sensitive to privacy concerns. And all data, which is drawn from 5,000 homes across the United States, is weighted to represent the country.

This means we can provide the hard data you need to make informed decisions — and negotiate from a position of strength. Because even if you have to take the audience numbers from inside a particular walled garden on faith, you can still speak with authority about the attention metrics of the content available through that walled garden — things like Share of Time Spent, Co-viewing Rate, Attention Index, and even Binge Rate.

So, with all of that in mind, where would a marketing budget have the most impact, CTV or linear TV?

The answer is up to you. We can provide the tools you need to sharpen your message for your target audience, as well as to determine where you’re most likely to find and engage that target audience. After you define your demo and craft your messaging, we’ll set you on the right planning path, and help you measure results.

But don’t forget, it’s also up to you to start demanding accountability. Ultimately, that last question — “Where would my budget have the most impact?” is the only one that really matters. And it’s perfectly reasonable to ask informed questions to try to get informed answers in order to make informed decisions. In virtually every other industry, buyers can make one-to-one comparisons of the products or services they want to buy. Should television advertising be any different?

I think we all know the answer to that one. 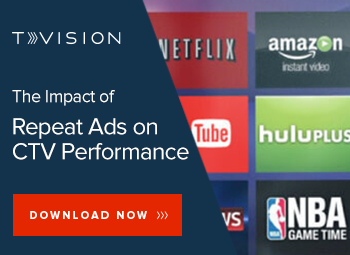