Netflix secured a clean sweep again this month, but this time for the most Binged shows in July 2020. Ads from Skirizi, the CDC, and Nissan broke through for Attention in the month.

TVision uses cutting-edge technology to uncover second-by-second, person-level TV engagement data.  Below are the top performers for our Attention and Attention metrics across advertising, and broadcast, cable, and OTT content.

To learn more about our methodology, specific shows, or the breakdown by demographics or daypart, contact us and we’ll help you find the data you need.

Co-Viewing Rate refers to the number of episode views with more than one person in front of the screen.

Hamilton on Disney+ captured the world's attention in early July, with its launch on Disney+ and viewers certainly tuned in to watch it with family and friends.  The show performed especially well for co-viewing (93%). 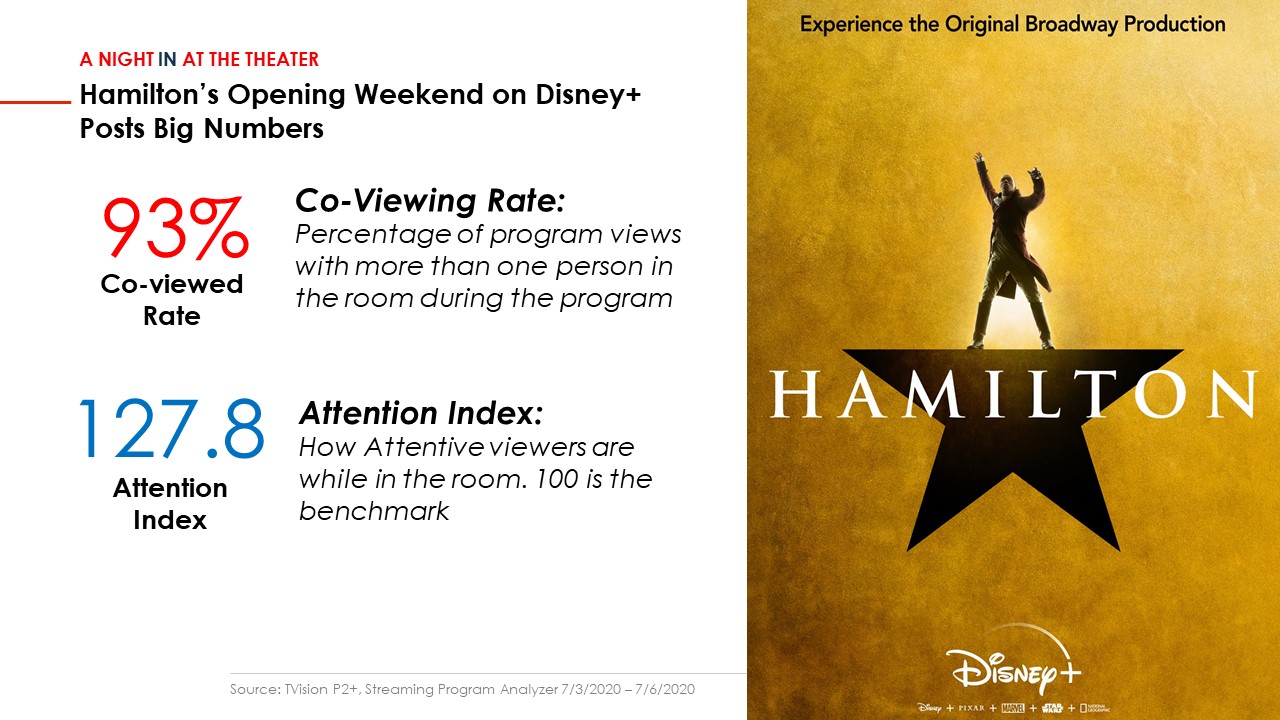 However, Hamilton does not appear on this list because in our monthly lists we focus on episodic television series.

Attention Index measures how effectively a specific program keeps a viewer’s eyes on the TV screen while the viewer is in the room with the TV on.

These were the top shows for Attention this month.

Binge Rate measures the percentage of episode views where the viewer has watched 3 or more episodes in a single session. As mentioned, Netflix dominated the category.

TV Ad Attention represents the opportunity to see an ad - calculated as the percentage of ad impressions where a viewer was in the room for two or more seconds. With Live Sports set to make a return, NBA Countdown on ABC took the top spot for broadcast Ad Attention in the month.

The brands with the best Ad Attention scores are making smart media-buying decisions - at the network, program and daypart level.

Fox Nation recorded the highest Attention for the month for the first time in 2020.

To identify June’s top ad for Attention, we used our Creative Attention Score (CAS), to determine how well creative breaks through. These are the ads that drove the greatest audience engagement - isolated from the effects of media placement. We identified the top ad overall, as well as for men and women.