Attention. It’s what advertisers are trying to buy and what media networks are selling. But when it comes to TV audiences, not all environments give you the same levels of engaged viewers. Whatever your role in the industry, everyone wants to know which major broadcast networks delivered the most attentive audience, and where you can capture the most eyeballs.

TVision measures eyes-on-screen attention to television, uncovering how effectively a specific TV program (or daypart) keeps viewers eyes on the screen while the viewer is in the room with the TV on. As you begin planning for future quarters or scatter buying, it’s helpful to know what networks best captured attention last quarter.

Last quarter, here’s how the major broadcasters stacked up: 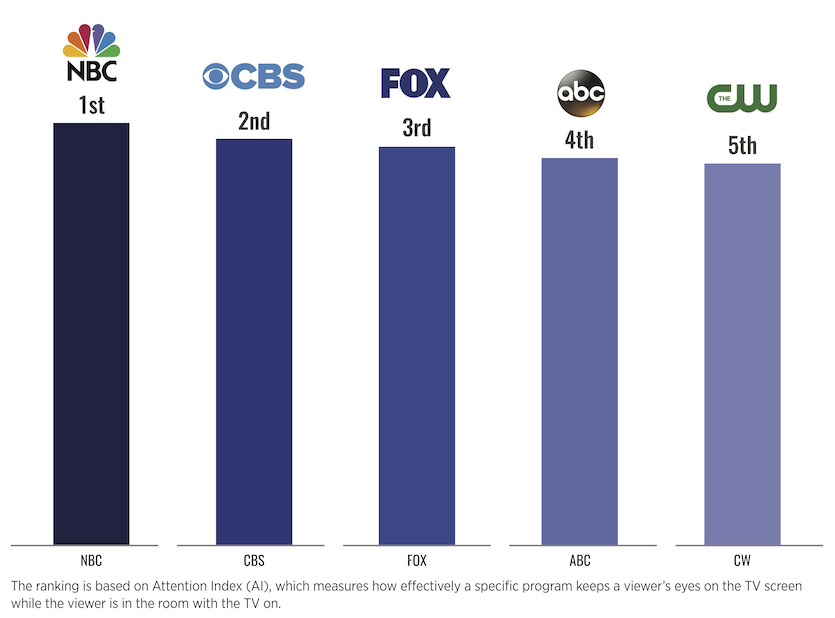 Which broadcast programs delivered the most attention?

At a program level, taking the top broadcast attention spots for the quarter were ABC’s The Good Doctor, CBS’s Life in Pieces, and Fox’s LA to Vegas - the latter of which was cancelled, much to the sadness of one of our analysts. While NBC did not place in the top 3, they placed the most shows, with Good Girls, Little Big Shots, and Superstore all in the top 10. Our office now knows what shows they need to catch up this month, what about yours? 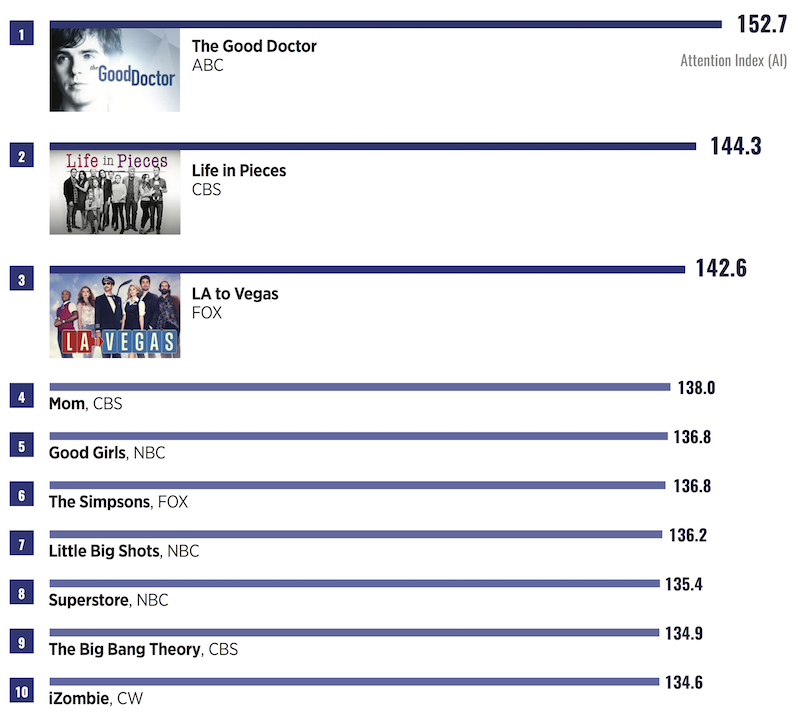 Who will dominate into Q3? We’ll continue to monitor and measure.

insights
The TV Shows and Apps that Delivered Ad Attention in May 2022
TVision reveals the top Broadcast and Cable Primetime shows and CTV Aps for Ad Attention in May 2022.
Read More
insights
The CTV Shows That Engaged Audiences in May 2022
TVision reveals the top CTV shows for viewer engagement in May 2022, including the shows that captured audience attention, share of time spent, co-viewing and bingeing.
Read More
insights
How the Largest Advertisers Captured Attention from March to May 2022
TVision takes a look at the Viewability and Attention scores of the largest TV advertisers across the Alcohol, Insurance, Retail, and the Quick Serve Restaurant industries to understand which advertisers are best maximizing the value of their campaigns.
Read More