For many brands, the Super Bowl is the biggest day of the year. With a price tag of $5.6 million per 30-second commercial, it's important to understand how viewers engaged with advertising. Which ads best captured Attention and what learnings can be applied for next year? Take a look below and read more about TVision's data in AdWeek, Forbes, Bain Media, MediaPost, and Broadcasting & Cable. 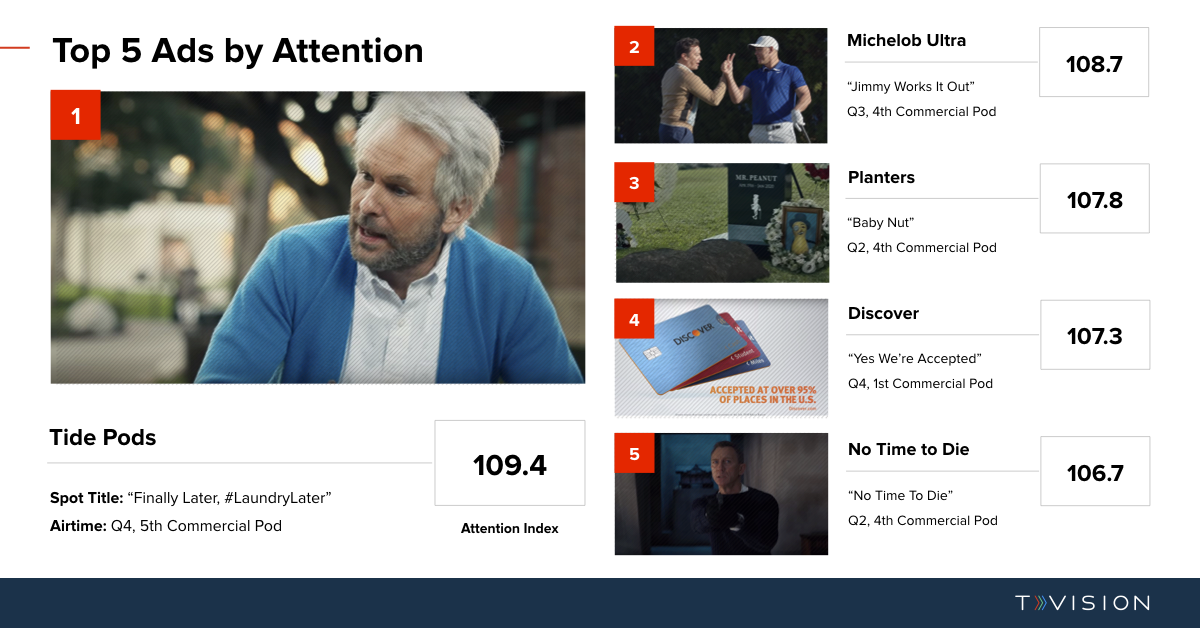 In addition, we looked at Attention by game part. As you can see, the close game led to higher Attention in Q3 and Q4 as viewers stayed glued to the screen. This was a reversal from the 2019 Super Bowl (Refresher: Patriots beat the LA Rams 13-3), where Q1 and Q2 had the highest Attention. Both years, halftime scored below average. You can read more about game part Attention in Forbes. 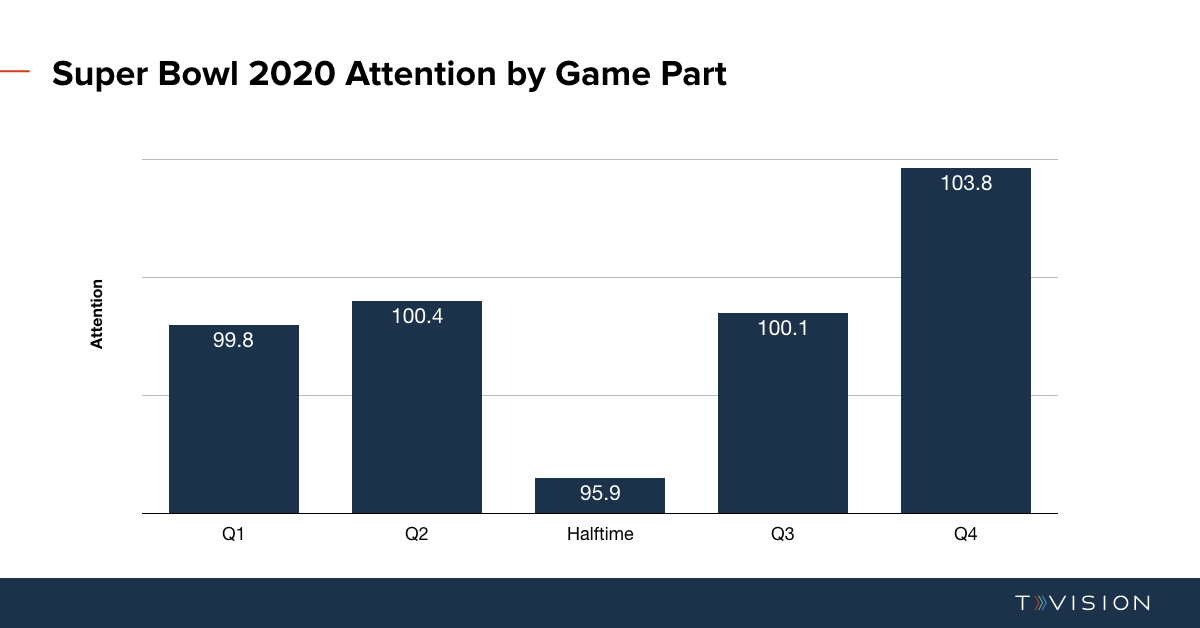 Not mentioned in the Top 5 and want to see where your brand ranked? Contact us.

insights
How the Largest Advertisers Captured Attention: August-October 2022
As holiday shopping is underway, TVision takes a look at the TV and CTV Ad Viewability and Attention scores of some of the brands behind our favorite gifts to give from the following categories: Electronics, Wine and Spirits, Toys and Cosmetics and Fragrances.
Read More
insights
The Top Ads for Attention October 2022
LEGO, Progressive, and Chewy broke through to capture TV audiences' attention best between between August and October 2022. See how the ads perform with key demos and identify the creative elements that work best with this second-by-second ad analysis.
Read More
insights
The TV Shows and Apps that Delivered Ad Attention in October 2022
TVision reveals the top Broadcast and Cable Primetime shows and CTV Aps for Ad Attention in October 2022.
Read More